Windsor Castle takes the crown as most googled royal residence

The 1,000-year-old castle, once just the weekend residence of The Queen, became Her Majesty's full-time home during the pandemic and was where her husband Prince Philip passed away. Worth an estimated £177 million, Windsor Castle dates back to the Norman Invasion and boasts one of the richest and most varied architectural histories in the country, from its stunning series of state rooms to its 15th-century chapel.

The palace, which boasts 775 rooms, is a shower of regal splendour, from its state rooms and ballrooms designed in a wide array of styles including Chinese Regency and the cream and gold of the Belle Epoque era, to its tumbling staircases inlaid with rich red carpet, and the famous balcony on which the royal family gather to greet crowds.

A spokesperson for Luxury Hotel commented on the findings: "All residences belonging to the Royal Family are stunning, architectural masterpieces, but it's particularly fascinating to see that Windsor Castle now fetches more online interest than Buckingham Palace, given that Buckingham Palace has been an integral part of the monarchy and its identity for centuries. Since the first Covid-19 lockdown, The Queen has made Windsor her main residence, and – for the time being, at least – Windsor may well attract some of the fascination and focus that has belonged to Buckingham Palace for decades." 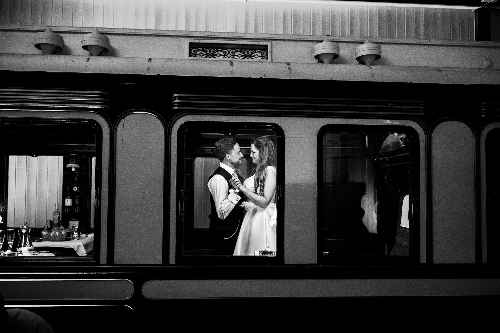 The first vintage release of Brimoncourt 2009 will be celebrated with a...

Enjoy a break this Easter from just £43.75pp at De Vere Beaumont Estate

Imogen Sandy is a Berkshire-based make-up artist. We catch up with her to...

The UK's most beautiful wedding castles

Wedding dreams of being kings and queens of the castle for the big day? Lucky for you, this fairytale ending...

Plan your big day with Your Berks, Bucks and Oxon Wedding magazine!

So when you decide to look for local suppliers, wedding retailers and service providers for your special day, our magazines can really help you plan your wedding.

We also have regular exciting wedding competitions and free giveaways, expert question & answer pages and lots more. Quite simply, all the information you will ever need to get married in your area.

We have 19 wedding titles covering counties and regions throughout most of England and Wales. Your Berks, Bucks and Oxon Wedding is available to download for free as a high quality eMagazine. Regional wedding magazines covering other areas are available here.