De Vere Beaumont Estate is a picturesque hotel wedding venue set in the world-famous royal borough of Windsor. Once home to various families of the British aristocracy, there is an air of enchantment that grips you from the moment you arrive.
This 44-acre estate of stunning grounds which includes natural ponds, manicured gardens and quirky sculptures; is free for guests and visitors to explore – there's even Hunter wellies available to borrow from reception! Walk down the drive, and this sense of regal company strikes when casting eyes on the English Palladian architecture of the White House building standing tall above the surrounding countryside.
Step inside the original Georgian manor house and instantly it's a home away from home with the open fireplace and curving staircase which leads up to its suites. Its interiors throughout are a masterclass in understated luxury, with a distinctly British aesthetic. Originally the boy's school dining room – the house was a public school from 1854 to 1967 – the Beaumont Room is a bright and welcoming space for 150 guests with large windows reaching to the ceiling and direct access to the gardens.Post-vows, walking into the stunning Chapel for the first time is always a special moment. Built in 1870, the Chapel features an ornate ceiling painted by celebrated architect Romaine Walker. Meanwhile the beautiful stained-glass rose window adds an explosion of colour and light, creating an enchanting setting for a wedding breakfast for up to 160 guests or an evening reception for up to 180 guests.
When tying the knot here couples benefit from a complimentary menu tasting pre-wedding, and a dinner, bed and breakfast stay on their first wedding anniversary; the services of a dedicated wedding planner and special bed and breakfast rates are available for big-day guests – of whom you can enjoy a private breakfast with the next day.

For history buffs... The original house was built for Lord Weymouth as 'Bowmans Lodge' in 91 acres of land.  The property was then purchased by Henry Griffiths and it was rebuild it in 1790 as a nine-bay mansion with an enormous portico with columns in beech tree style. The estate was bought by the Society of Jesus in 1854 for novices and became their Roman Catholic college in 1861.  Ranges were added between 1865 and 1870 and the chapel dedicated to St. Stanislaus was built in 1870. The school subsequently closed down in 1966. 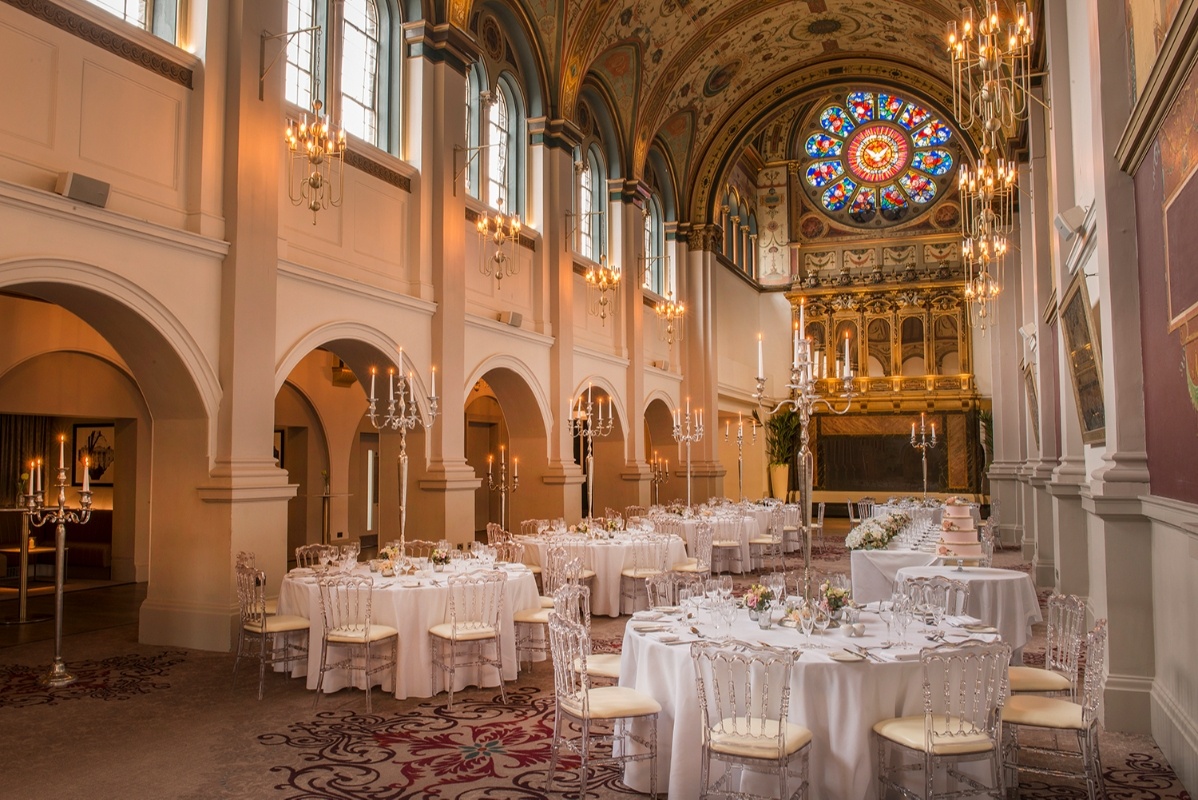 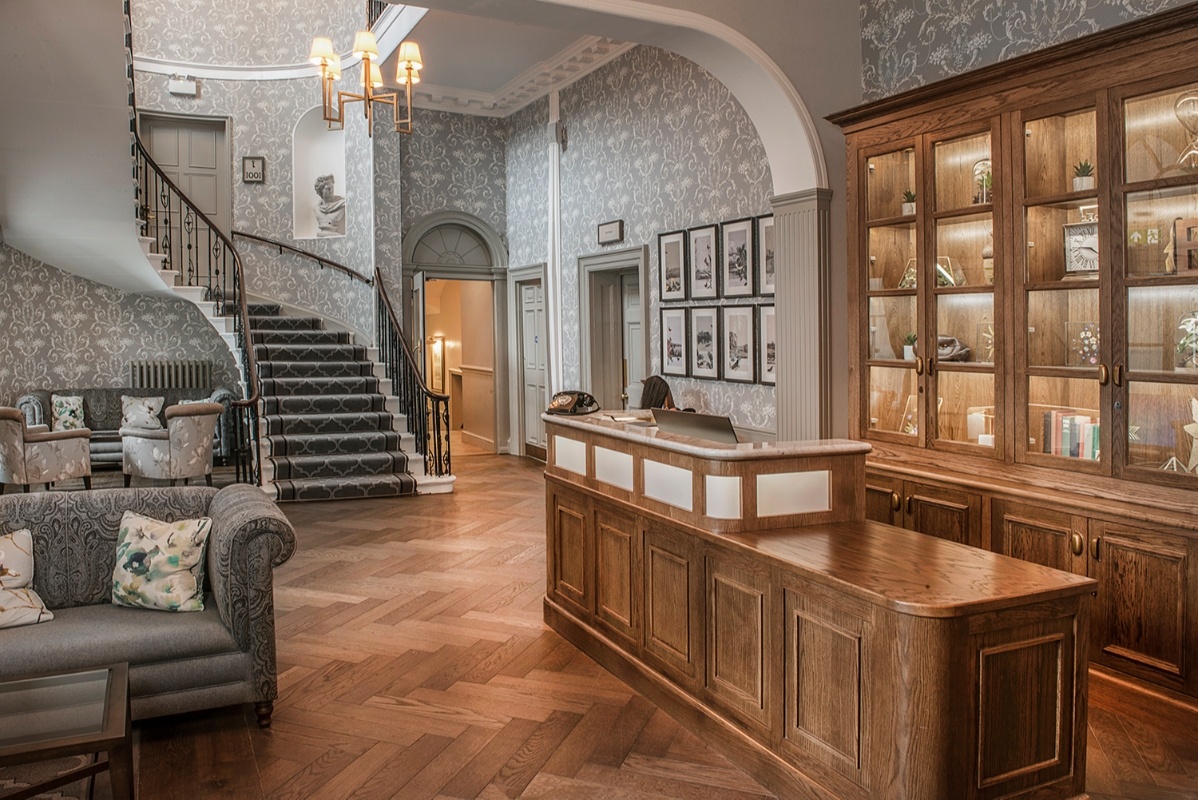 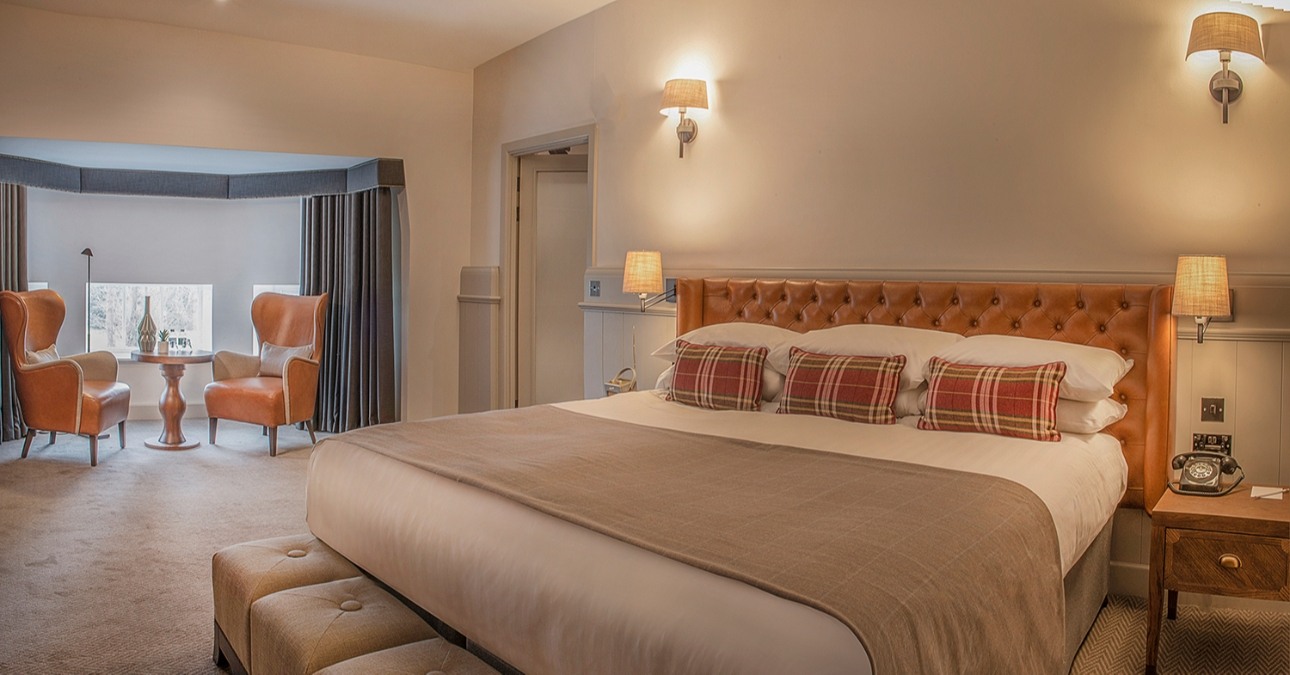 Nestled on the edge of the Cotswolds in nine acres of beautifully landscaped gardens and...

Sitting within 450 acres of rural farming countryside, wedding venue Worton Hall was rebuilt in 2014 in the traditional...